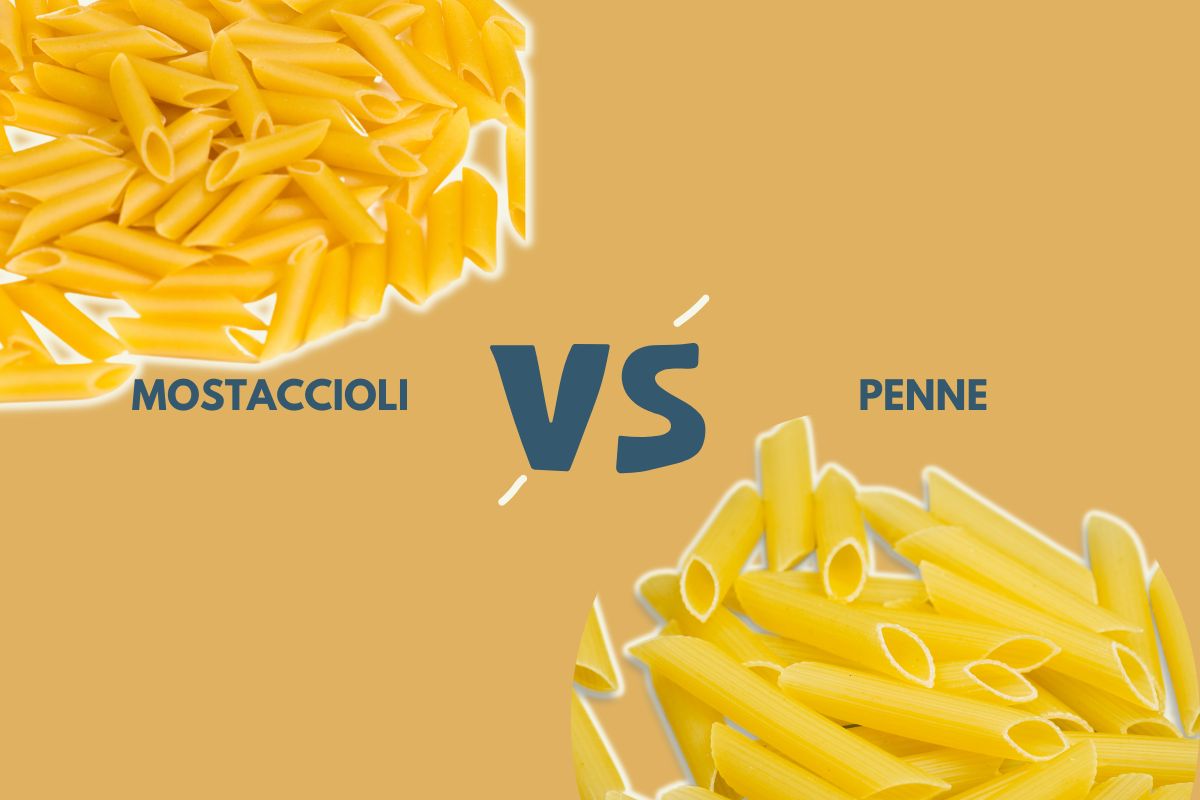 Have you ever wondered what the difference is between mostaccioli and penne? They may look the same but are they really similar? This article goes all in and reveals the differences between the two pasta varieties.

Penne is a distinct hollow, tubular type of pasta with ends cut at an angle. As a result, penne pasta has pointed ends. It originated in Italy and grew in popularity around the world. Today, it’s one of the most common and readily available kinds of pasta globally.

But there are two types of penne pasta. The first is “penne lisce”, which is the smooth variety. And the second is “penne rigate”, which has a ridged exterior. The ridged variety is very popular as the pasta’s furrows allow the sauces to bind well to the pasta.

Penne pasta is typically eaten with fresh ingredients and a diverse range of sauces. The sauces also fill the pasta’s tubular hole, allowing for a generous helping of sauce with each bite.

Mostaccioli is also referred to as penne lisce. It is the smooth variation of penne pasta. This is also a tubular-shaped pasta with its ends cut at an angle. It is an excellent ingredient in casseroles, salads, and stir-fries.

Mostaccioli Vs. Penne: What’s The Difference?

It may be easy to conclude that, since they are both tubular pastas cut similarly, penne and mostaccioli are the same. Although they are two varieties of the same pasta, they have plenty of differences. Here are a few differences between them.

Penne and mostaccioli may seem like the same pasta variety, but they are very different. The ridges on penne are the reason sauces hold on better to penne rigate. And knowing the benefits that each variety delivers will be an advantage when selecting the ideal pasta for your dish.