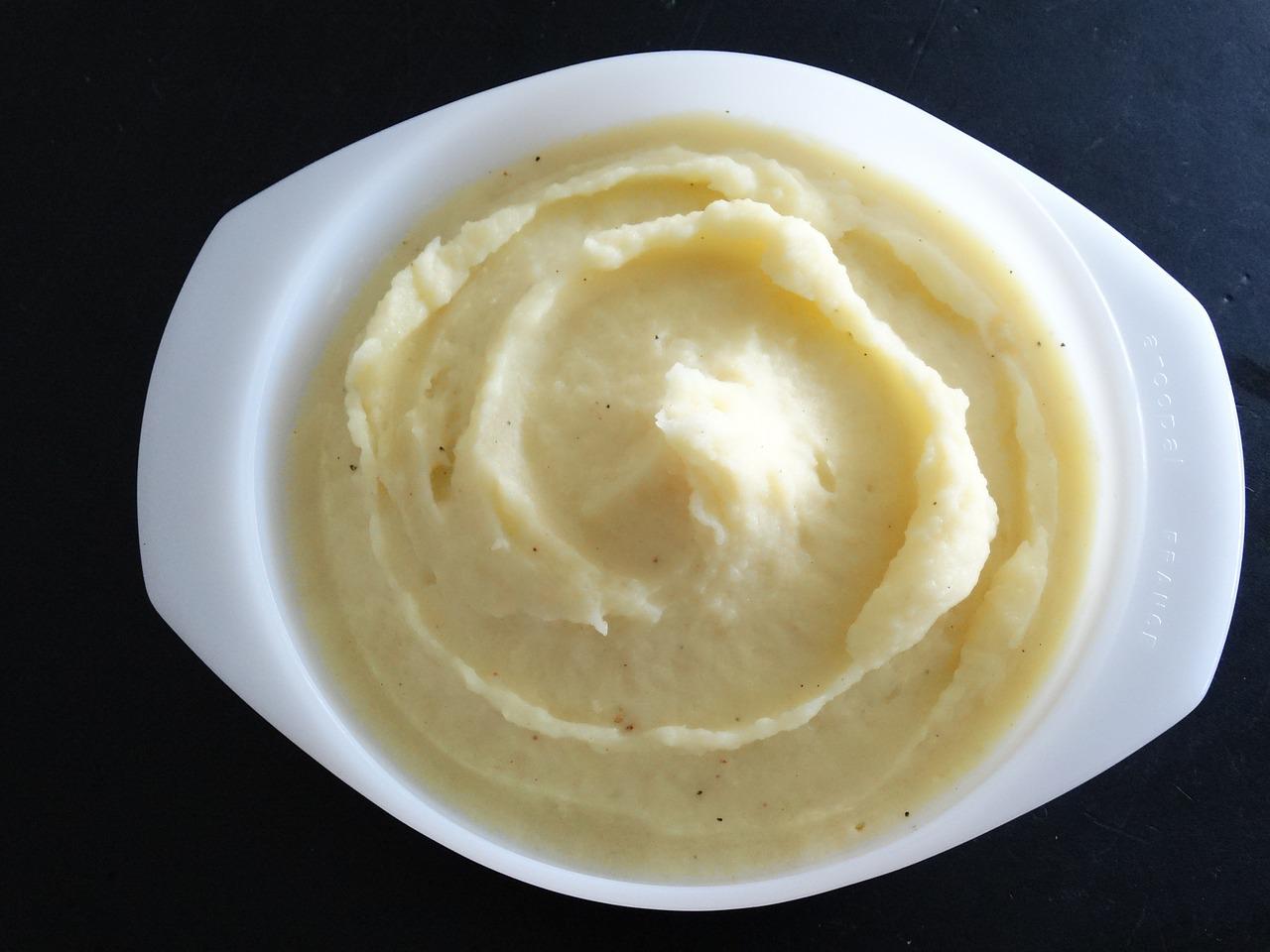 Sometimes mashed potatoes can be bland, so why not change things up? Altering some of the key ingredients could enhance the flavor. But the best way to spice it up is to try a milk substitute for mashed potatoes.

Throughout centuries, milk has been used for various recipes, including baked goods and mashed potatoes. Milk adds a creamy element to the dish and makes it richer.

Standard milk is made through a homogenization process from pasteurized cow’s milk. It is packed with calcium, protein, potassium, and more nutrients.

Different types of milk range from whole, low fat, and even non-fat milk. Milk can also be purchased in different flavors, such as chocolate and strawberry.

It’s considered a staple in various recipes. And it’s often used in mashed potatoes to soften the dish and make it creamer, giving it a rich flavor.

Milk in mashed potato adds moisture and flavor. But several substitutes can elevate the flavor and deliver the same, if not better, results. Try these milk substitutes for mashed potatoes next time you serve this world-renowned side dish.

Sour cream is a fantastic milk substitute for mashed potatoes because it provides a similar texture with great flavor. It’s a cream with lactic acid to thicken it and give it a slightly sour taste.

This might sound surprising, but chicken broth is an excellent milk substitute for mashed potatoes because it is filled with flavor. Chicken broth is your best bet for those trying to avoid dairy.

Homemade chicken broth is also relatively thick, mimicking the viscosity of cream to a certain extent. This is a good option for vegans or anyone who is lactose intolerant. However, because it’s packed with sodium, people with high blood pressure should consider another alternative.

As a start, try replacing half the milk with chicken broth and the other half with water. You’ll love how flavorful your mashed potatoes are.

Greek yogurt is a drained yogurt with the whey removed. It is the perfect milk substitute for mashed potatoes because it adds moisture with a tasty zing. It has a thicker and creamier consistency than milk, which gives mashed potatoes a velvety finish.

It’s essential to heat Greek yogurt carefully when using it in mashed potatoes. Greek yogurt tends to curdle when heated too rapidly, changing its texture.

The high-fat content in Greek yogurt might not be a good choice if you are on a diet. But it makes it perfect for a one-to-one swap for your mashed potatoes.

Almond milk is made from almonds that have been soaked in water and blended. It’s one of the more popular lactose-free milk substitutes for mashed potatoes. This is because it’s rich in Vitamin E and lower in calories than milk.

Almond milk has a faintly nutty flavor, albeit a thinner consistency compared to milk. That said, if you’re allergic to nuts, you might want to steer clear of almond milk.

The upside is that it’s a good alternative if you are lactose intolerant. With its thinner consistency, you can add slightly less almond milk when using it as a substitute for milk.

When cooking mashed potatoes, use coconut milk as an excellent substitute. Coconut milk is produced by blending the flesh of the coconut with hot water to create a creamy consistency. The result is a nutty, tropical-tasting milk.

While it’s lower in calories than milk, it has a higher fat content and zero protein. It also contains carrageenan, which can cause digestive discomfort for some.

On the plus side, coconut milk is unsweetened, which means it has no carbs. And it still delivers the thick, creamy mashed potatoes we love. In addition, coconut milk is the way to go if you adhere to a vegan or lactose-free diet.

Use it at a 1:1 ratio when substituting for milk. But note that it might alter the flavor of your mashed potatoes.

Using any of the abovementioned alternatives will ensure you produce tasty, creamy, and fluffy mashed potatoes. The key to using any milk substitute for mashed potatoes is to find one with a similar flavor and consistency to milk.