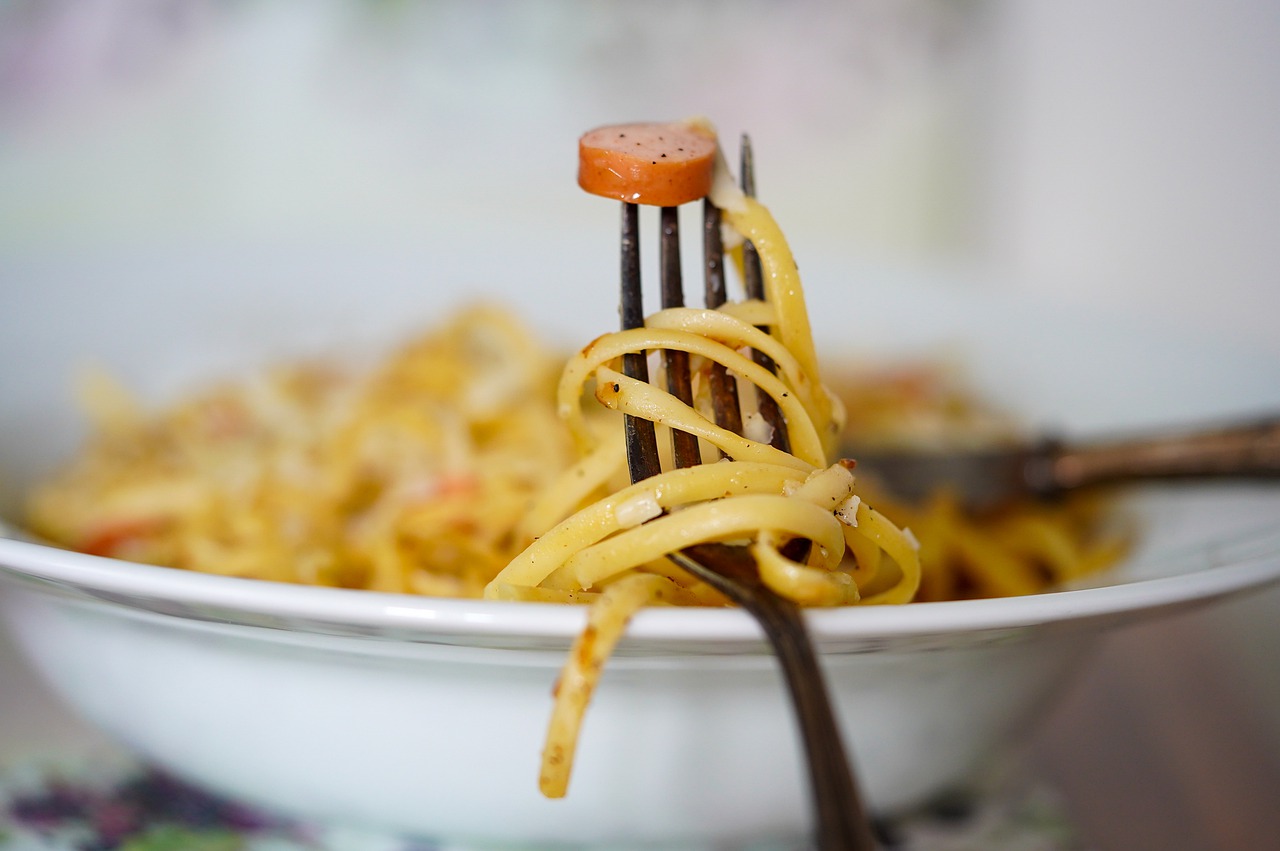 Linguine and fettuccine are both Italian-style long pastas. However, when comparing linguine vs. fettuccine, we must find that each has a slightly different effect on your recipe. This article will discuss the distinctions between both kinds of pasta.

Linguine is pasta created from a simple flour and water mixture and originated in Italy’s Genoa province. The word “linguine” means “small tongues” in Italian and refers to long, chubby pasta noodles.

Using this pasta with seafood and cream often makes for an excellent delicacy. And this type of pasta can easily be used as a substitute for spaghetti with bolognese or meatballs.

Fettuccine, which translates to “small ribbons” in Italian, is a flat pasta that originated in Roman and Tuscan cuisines. These noodles are wider, thicker, and flatter than tagliatelle yet slightly narrower.

This pasta is made using an egg and flour mixture. And fettuccine is frequently used in pasta recipes with rich sauces or heavy toppings. But it is less suitable for recipes that call for short pasta forms, such as pasta salads or macaroni meals.

A classic fettuccine favorite is fettuccine alfredo. An Italian chef, Alfredo di Lelio is credited with inventing this world-famous dish in the 20th century. The alfredo sauce is made with heavy cream and is a worldwide favorite, usually topped with meatballs or clams.

Long ribbon pasta, like fettuccine, is traditionally paired with thicker sauces, such as bolognese, carbonara, or meat sauces like ragu.

Linguine vs. Fettuccine: What’s the Difference?

Fettuccine comprises a thicker batter, making a denser pasta due to the ingredients. These long noodles are cut into broader strips than linguine. As a result, each fettuccine noodle has a larger surface area to coat with sauce.

On the other hand, linguine pairs nicely with light sauces due to its delicate nature. So, a light tomato-based pasta sauce or a white wine and garlic sauce are perfect linguine accompaniments.

There’s a clear difference when examining linguine vs. fettuccine. However, either of these will work well in a dish that calls for long, noodle-like pasta. But bear in mind that fettuccine is ideal for thicker sauces. And that linguine offers an egg-free option for those who don’t eat eggs.