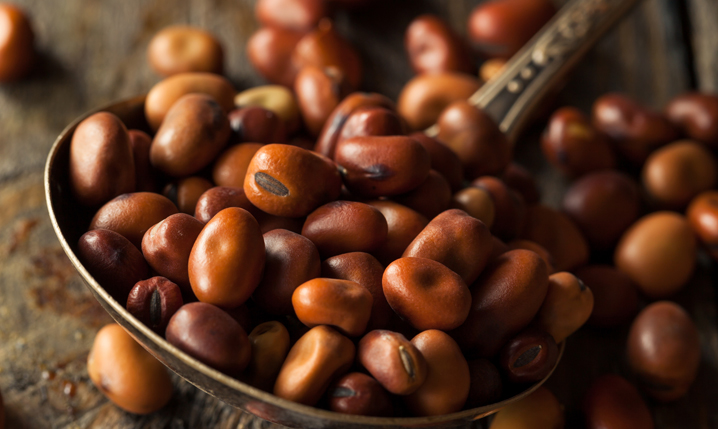 Fava beans, also known as broad beans, are a Mediterranean, Middle Eastern, and even Latin American cuisine staple. You can recognize the beans by their light green color and wide, flat shape (hence the name broad beans).

Fava beans are delicious but are not as common in the supermarket as other beans. In addition, some people cannot eat fava beans because of a rare metabolic disorder. If you cannot cook with fava beans for whatever reason, here are a few suggestions for substitutes.

Lima beans, also known as butter beans, are small, round green beans. They are very similar in appearance to fava beans, although they are smaller and rounder. They also have a similar neutral taste and creamy texture.

In almost any recipe, you can use lima beans as a substitute for fresh fava beans. They work well in soups, stews, baked dishes, and as a side dish for meat and fish. In addition, Lima beans are milder than fava beans, which might be a good thing if you are cooking for someone who doesn’t like the taste of beans.

Cannellini beans, sometimes called white kidney beans, are large, white, kidney-shaped beans. Cannellini beans are a staple of Italian cuisine, where they are used in minestrone and other traditional soups and stews.

These beans have a mild, sweet flavor and soft, creamy texture. Fresh or canned cannellini beans work well as a substitute for fava beans in soups and stews because of their similar, soft texture. However, cannellini beans are much milder than fava beans and look very different. Therefore, this is not a suitable replacement in dishes where the bright green color of fava beans would be missed, such as dips.

Peas are small, green seeds that come from pea pods. Green peas have a mild, sweet texture and a very soft flavor when cooked. They were first domesticated in the Mediterranean and in Europe. Peas are very versatile, and you can serve them in soup, rice dishes, and stews.

Green peas have a similar color to fava beans, so you can prepare them as a side dish to give your meal a pop of green. However, they are much softer than fava beans, so you need to cook them for less time—overcooked peas become mushy.

Chickpeas or garbanzo beans are staples of Mediterranean, Middle Eastern, and South Asian cuisines. These small, round legumes have a robust meaty texture and flavor. You can use them to make dips, soups, curries, and other dishes.

Chickpeas are a good substitute for fava beans because of their versatility. They also have a milder flavor, so you can use them as a substitute to tone down the bean flavor. However, chickpeas are a light tan instead of the green of fava beans, so you might miss that pop of color.

Kidney beans are red, kidney-shaped beans that come dried or canned. They have a sweet, mild, and creamy texture that breaks down after cooking.

Kidney beans are delicious in soups and stews because they absorb the broth’s flavor. Therefore, they work great as fava bean substitutes in those specific contexts. However, their flavor and appearance are too different from fava beans to function as a substitute in other contexts.