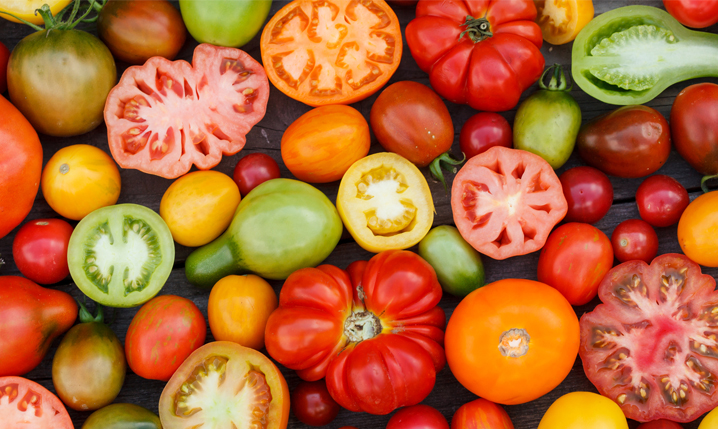 The difference between diced, stewed, and plum tomatoes might not seem all that important. Technically, they’re all just types of tomatoes. But not all tomatoes are created equal.

Different varieties of tomatoes are often categorized into distinct types according to specific traits. Such is the case with plum tomatoes, stewed tomatoes, and diced tomatoes. Each one has its unique flavor profile and consistency that sets it apart.

Keep reading to learn more about the differences between diced, stewed, and plum tomatoes and how they can be used in various recipes.

What are Diced Tomatoes?

Diced tomatoes are a mixture consisting of peeled and chopped plum tomatoes cooked down to remove excess water. This tomato variety has a slightly sweet flavor that is ideal for Italian cooking.

These tomatoes are cut into uniform cubes, which helps ensure your recipe has consistent from start to finish. Diced Tomatoes work great in tomato-based dishes as well as pasta sauces.

They’re also great for soups, braises, stews, and anything else where you want just a little bit of tomato goodness. They can also be used to make sauces because of their plumpness and easy-to-break-down texture.

What are Stewed Tomatoes?

Stewed tomatoes have been cooked down until they form a thick saucy texture, similar to how tomato sauce is made. They most often incorporate herbs and spices and are commonly used in gourmet recipes.

This type of tomato has more of a saucy consistency than diced or crushed tomatoes. This is because they’re not drained before being canned. Because stewed tomatoes are essentially a flavorful thick sauce, they can be used in baked savory dishes, soups, and sauces.

Stewed Tomatoes can be added directly to casseroles, chilies, and more. And they won’t add much to the cooking time of the dish.

What are Plum Tomatoes?

Plum tomatoes are also referred to as “whole peeled”  tomatoes. And, as the name suggests, they are peeled whole tomatoes contained in a juice-filled can.

They’re generally used in cooking as a substitute for regular tomatoes because they don’t need to be peeled. Whole peeled plum tomatoes can be used as diced or stewed tomatoes when prepared correctly.

In general, plum tomatoes work well for any recipe in which you’d use whole cherry/grape tomatoes. For example, you could add them directly to pasta, pizza toppings, salad, etc., without needing further cooking.

If you’re looking for a more flavorful tomato to add to your subs or burgers, plum tomatoes may be an option. However, they’re usually used in dishes that require the tomatoes to be cut or cooked down.

Diced, stewed, and plum tomatoes are all made from ripe tomatoes and are often interchangeable in recipes.

When cooking a dish that calls for diced tomatoes, you can use any type. But when it comes to cooking dishes that call for stewed or plum tomatoes (like pasta sauces), you’ll need to take care to match your tomato type with its intended use.

Stewed tomatoes are perfect for casseroles where vegetables or meat cook in the tomato sauce. Whereas plum tomatoes are better for quick sautés or diced and crushed in any appropriate dish.