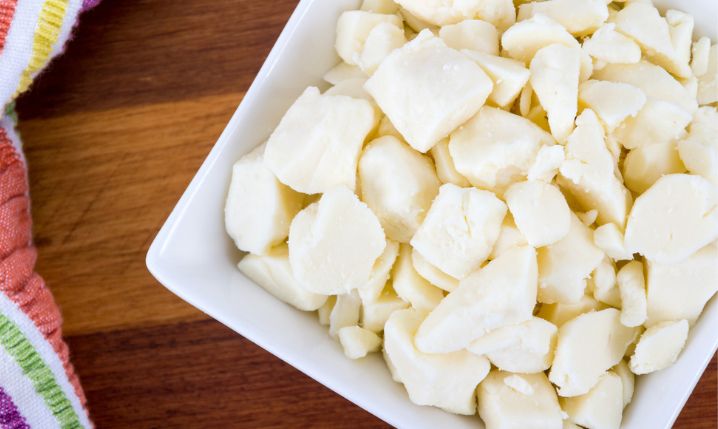 Cheese curd is a by-product of the cheddar cheese-making process. And it’s become particularly popular in the US and other parts of the world as a decadent snack. But if you cannot get hold of cheese curd when needed, you’ll need a cheese curd substitute to complete your meal.

With its origin dating back to ancient Rome, cheese curd gained widespread popularity in Quebec, Canada, in the 1950s. Here, the cheese curd is commonly served on top of French fries with gravy in a national dish known as Poutine.

This article will discuss the best alternatives to use when cheese curd is unavailable and the ideal situation for each.

What is Cheese Curd?

Cheese curd is small, pearl-sized pieces of fresh curdled milk cheese. It was historically produced as a by-product of cheese-making. But is now often purposely produced for its own sake.

These delightful morsels are a traditional ingredient in many dishes, including Queso Fundido, Poutine, and macaroni and cheese. They can also be eaten on their own as a snack food or deep-fried for some extra flavor and texture.

They are usually white or yellowish in color and have a mild flavor. Cheese curd is also often used as a topping on salads, pizzas, and other dishes.

Perhaps you’re looking for a replacement for cheese curd to alter the flavor of your dish. Or maybe you cannot find cheese curd at your local store. Either way, there are numerous cheese curd alternatives you could use.

This Italian staple was initially made from water buffalo milk. However, most Mozzarella is made from cow’s milk nowadays as it’s far more cost-effective.

Mozzarella is a great substitute because it has a similar chewy, rubbery texture. It’s also incredibly mild in taste, although it has a slightly more robust flavor than cheese curd.

However, dishes made with Mozzarella may be slightly richer. But it makes for the perfect cheese curd substitute in baked pasta dishes and salads. It can also be deep-fried, like cheese curd.

Cheddar cheese is a hard, orange-yellow cheese that originated in the English village of Cheddar in Somerset. Its flavor varies depending on how it is aged, but it is generally rich and sharp. Cheddar cheese makes an excellent substitution because it’s incredibly versatile and holds up well when melted.

This aged cheese is particularly well suited for use in gratins and as a topping for nachos or French fries. Bear in mind that cheddar cheese delivers a more intense flavor. Therefore, it will influence the overall flavor of your dish.

The history of cottage cheese dates back to the Mesopotamians and is made from curdled milk. These curds are drained and pressed to create the soft, crumbly cheese we know as cottage cheese.

Cottage cheese has a mild but slightly salty and acidic flavor. And it’s lower in calories and fat than cheese curd. Oven-baked dishes, quiche, and Poutine are perfect candidates for using cottage cheese instead of cheese curds.

It’s best to use full-fat cottage cheese, as this will mimic the texture and flavor of cheese curd more closely. Be sure to drain the excess water from the cottage cheese before using it.

Feta cheese is a popular cheese that originated in Greece. The cheese is made from sheep’s milk. As a result, feta cheese is higher in protein, fat, and calories than cheese curd.

It has a crumbly texture and is salty, tangy, and slightly sour, unlike the mild and slightly sweet cheese curd. Therefore, you can expect the flavor of your dish to change a bit when replacing cheese curd with feta cheese. As such, it’s best to use feta cheese in dishes where its stronger flavor will complement the other ingredients. Some examples include salads, pasta dishes, and pizzas.

Ricotta cheese is a fresh Italian cheese made from whey, making it slightly less nutritious than cheese curd. However, due to the whey content, it will be more easily digestible. It is a soft and creamy cheese with a mild flavor and a slightly grainy texture.

It works best as a substitute in this context for dishes like lasagna, cannelloni, and other cheesy baked dishes. Ricotta cheese is also commonly used as an ingredient in desserts such as Italian lemon ricotta cake and cheesecake.

Cheese curd can be challenging to find in stores, and they can be expensive. Several substitutes can be used in your cooking if you find yourself in a pinch. With some creativity, you can easily find a suitable cheese curd substitute.