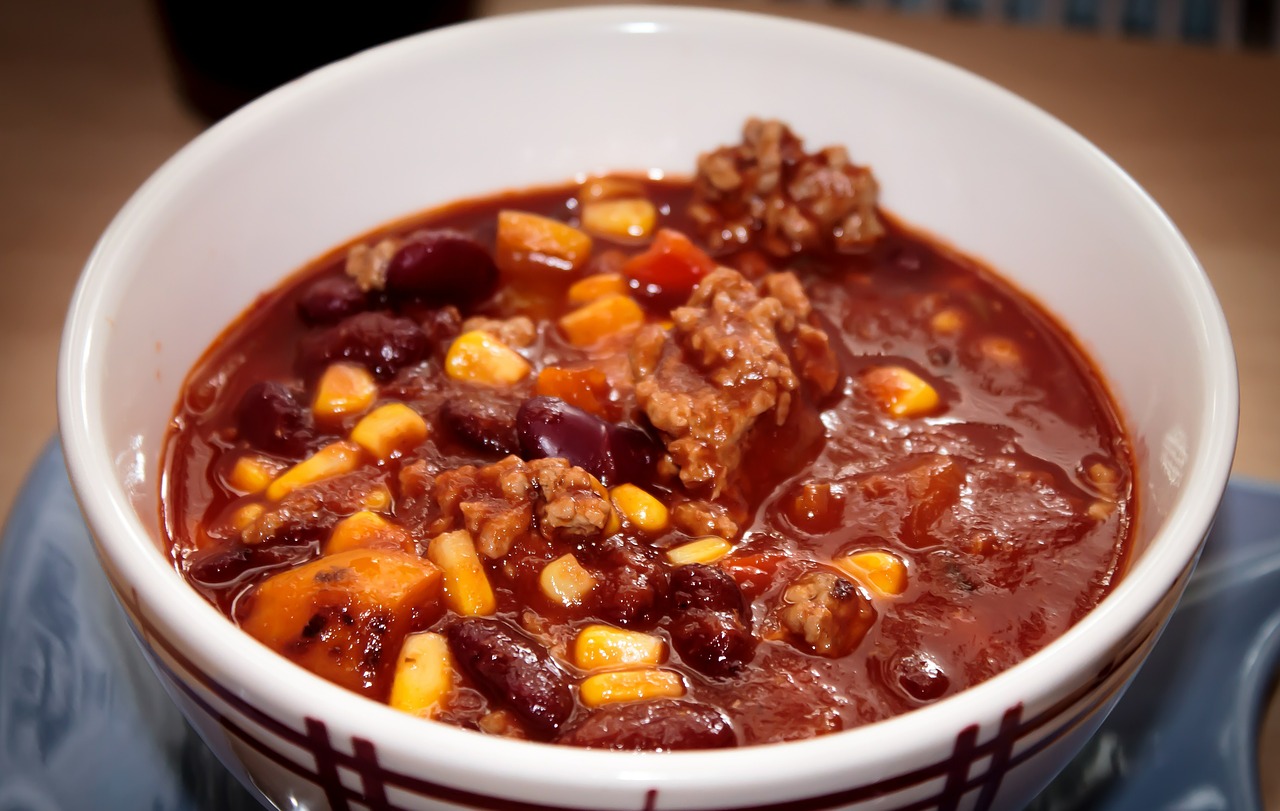 Without beans, your spicy chili dish wouldn’t be complete. This little high-protein food can take your chili from being plain to one made in heaven. We’ve got you covered if you’re looking for the best bean substitute for chili or chili con carne.

From being a wild vine in Central America, beans have evolved into one of the most significant and versatile crops. Several varieties are farmed in different countries, each with its distinct look, texture, and taste. Aside from being a great addition to meals, they’re great when prepared and eaten alone.

If you might believe that you can use only beans to prepare chili, you’re wrong. There are fantastic bean substitutes for chili, which we shall explore as you read further.

If you’re looking for a replacement for chili beans that cooks faster, any of these options will do. Lentils are native to the Mediterranean area and split peas from Southwestern Asia, but both can be used interchangeably. You only have to cook 3/4 cup of any in a large pot of chili for as long as you should.

Another option is to boil them ahead of time and add the chili towards the end of your cooking. However, they might not be the best option if you’re trying to reduce your carb intake. Though they might be easier to digest, they still contain phytic acid like beans.

One bean substitute for chili that would make your dish exceptional is tofu. This dish first appeared in Chinese Han over 2000 years ago during Prince Liu An’s time. Later on, during the Nara period, it moved to Japan, which remains a popular dish.

Using tofu in chili makes the other ingredients pop because it has no taste of its own. It’s also great because it has fewer carbs than other substitutes for beans. On the other hand, if you have a hard time digesting beans, you might find it hard to digest tofu.

If you want a chili bean substitute with a meat-like texture, TVP is your best option. Archer Daniels Midland, a food processing company, introduced the mean in the 1960s. They created this using soy flour and removing the fats, resulting in a high protein, low-fat production.

Despite being an excellent option when you don’t have beans, it has a downside. Like most substitutes, it contains phytate, making it hard to digest. So, if you feel uncomfortable or unable to digest beans after eating, avoid this option.

Tempeh is another fantastic option that brings out the best in your chili. Although it’s similar to tofu, it originated in Indonesia. Funny enough, the food was accidentally discovered when the by-products of making tofu started fermenting.

Since it’s easier to digest and is healthier, you might prefer using these instead of beans. Preparing this is simple; break the whole pack into smaller pieces and add to your dish when you’ve almost finished cooking. The only thing is that they contain carbs because it has whole soybeans.

These grains are your best option if you want a gluten-free substitution. They comprise rice, sorghum, amaranth, and quinoa, which are popular in several countries. Some of these grains have high protein levels and less phytate than legumes, making them a healthy option.

Since their phytate levels are low, they are easier to digest than beans. Nevertheless, some people find it hard to digest grains, so know if this is a good alternative before trying. You could add these after you’re done cooking or cook it in your chili for better flavor.

Cauliflower is the healthiest chili bean substitute you can use. Although they were initially grown in Asia, they became popular in the 1500s. In the 1990s, they entered the United States before becoming common in other places.

To use these in your meal, steam the whole head, chop it into smaller pieces, and add to your chili. For a thicker consistency, it’s best to add florets. With this, you’ll have a healthy dish that’s easy to digest with fewer carbohydrates and more vitamins.

Want to add more flavor to your chili? Throw in some nuts. Nuts have been part of the human diet for as long as anyone can remember.

Using these, you might not get the same texture and taste like beans, but you’ll have something unique. With their high protein content, you wouldn’t regret adding them to your chili when you’ve finished cooking. Since cashew and walnuts are expensive, you should try sunflower seeds instead.

The meaty texture of portobello mushroom makes it an excellent alternative for chili beans. Portobello mushrooms were first recorded in 1708 by the French botanist Joseph Pitton de Tournefort. After their marketing as healthy food, they became widespread and are frequently used in meals.

Portobello mushrooms have all the criteria you’ll need when searching for a bean substitute: low carbs and easy digestion. Just slice them as you want, add your chili, and let it boil. Ensure there’s enough water as these mushrooms consume a lot of liquid.

Whether you have no beans available or looking for a healthy substitute, our list contains all you need. Naturally, meat is one of the most common chili bean alternatives before considering other options. However, if you want something healthier, you should consider using cauliflower.