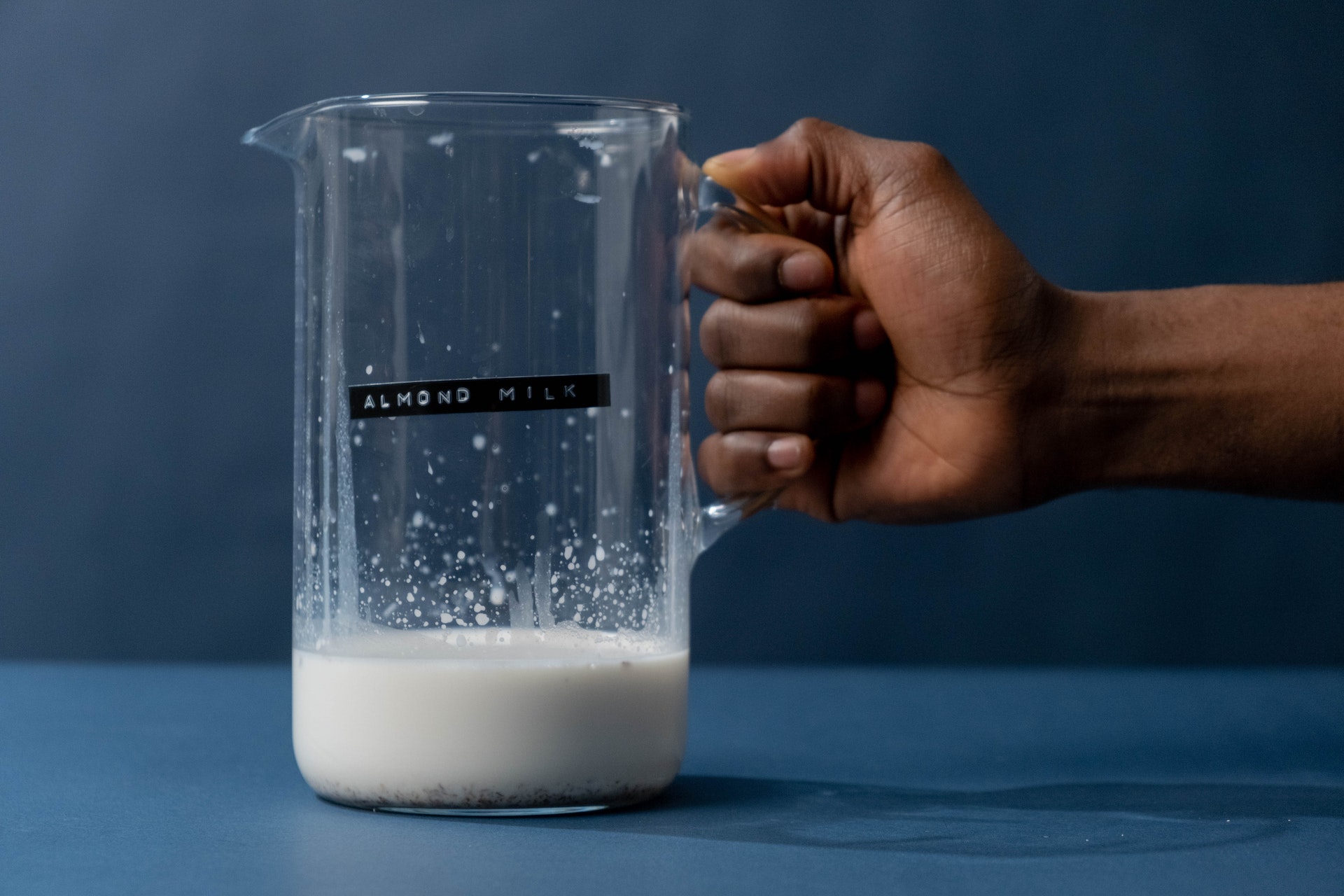 Almond milk is an excellent alternative for anyone who wants to forgo traditional cow’s milk for whatever reason. However, despite the benefits, not everyone loves almond milk. Luckily, it’s easy to find a substitute for almond milk.

Unlike traditional dairy milk, almond milk is high in nutrients and is considered healthier. It also comes in both plain and sweetened forms. This makes it ideal for many recipes, from baked products to pouring into your coffee.

However, some people are allergic to almonds. Fortunately, you can replace almond milk with our recommended almond milk alternatives.

What Is Almond Milk

Almond milk is plant-based milk made from almonds and fresh water. It has a slight nuttiness with a creamy texture. But some commercial almond milk contains added sweetener, vanilla, or chocolate for flavor.

Plain, unsweetened almond milk has a neutral flavor that makes it terrific in sweet and savory dishes. You can add it to mashed potatoes, a cup of coffee, and a curry. Because it is plant-based, it is also ideal for anyone that’s lactose intolerant and vegan.

It is high in calcium and low in sugar and unsaturated fats. It is, however, relatively high in sodium.

Nothing is worse than starting a recipe that calls for almond milk and realizing you’re out of almond milk. Whether you want it in your smoothies, coffee, or baking, you could try some of these replacements for almond milk instead.

Not only do coconut and almond milk have very little protein, but they also look practically identical. As a result, coconut milk is a terrific substitute for almond milk.

It has a naturally sweet flavor and a thicker consistency than almond milk because it is made from the flesh of a coconut. You can enjoy a splash of coconut milk in a cup of coffee or a smoothie.

One caveat is that coconut milk has a higher fat content, which makes it less ideal for anyone on a diet. Also, remember that coconut milk’s flavor may alter your dish’s final taste. Despite this, you can use it as a substitute at a 1:1 ratio.

Like almond milk, soy milk is made by soaking nuts in water, blending them, then filtering out the pulp. It’s also dairy-free, a good option for people with lactose intolerance or those following a vegan diet.

Soy milk has a thicker consistency than almond milk with a mild nutty flavor. Where almond milk has lower protein and fiber, soy milk is packed with vitamins, Omega 3, and a protein banger. However, it is not particularly low in calories. Some people also find the grainy texture of soy milk a little off-putting.

As far as cooking goes, it makes a good substitute for almond milk in savory dishes and sauces because it thickens the mixture. You can use it in soups and sauces at a 1:1 ratio.

Flax milk is an excellent substitute for almond milk because it has a similar mellow nutty flavor and subtle saltiness.

Unlike almond milk, flax milk is made by soaking ground flax seeds in water and blending them. As a result, it also has a thinner consistency and tastes a tad sweeter.

One advantage is that it’s rich in Omega 3 and 6. However, it does not offer sufficient protein. The taste is also to be desired. It’s great for cereal, smoothies, and pouring into your morning coffee at a 1:1 ratio.

Quinoa milk has higher protein and fiber than almond milk. It’s also rich in iron and magnesium. Milk made from quinoa has a delicious nutty flavor, making it great for cereal and oatmeal.

Now we’re talking. Made of cashews, this milk has a creamy, nutty flavor making it another possible substitute for almond milk.

It’s much closer to almond milk based on consistency. However, it is a little sweeter and has a less earthy flavor than almond milk. From a nutrition standpoint, cashew and almond milk are incredibly similar. Both are low in calories and fat.

On its own, cashew milk is excellent as a coffee creamer for cooking soups or sauces and even for enjoying alone in a glass. In most recipes, cashew milk can be substituted for almond milk at a 1:1 ratio.

Oat milk has been somewhat popular recently, making it an easy substitute for almond milk. It has a thicker consistency since it is made from oat flour blended with water.

They are both high in nutrients, though oat milk is creamier. In addition, it has a neutral flavor that tastes a little like almond milk. As a result, it’s subtle enough that you won’t notice it in dishes.

On the flip side, oat milk is a good option for those who are gluten intolerant and looking for a nut-free alternative. It’s also relatively easy to find in stores.

This milk is fantastic in desserts and soups. It also foams better than almond milk, making it ideal for preparing lattes. In most cases, oat milk can replace almond milk in equal parts.

It’s important to note that different almond milk alternatives best suit different recipes. And the ideal usage depends on taste, texture, and how they respond to heat. Using the wrong substitute for almond milk can alter your final dish.