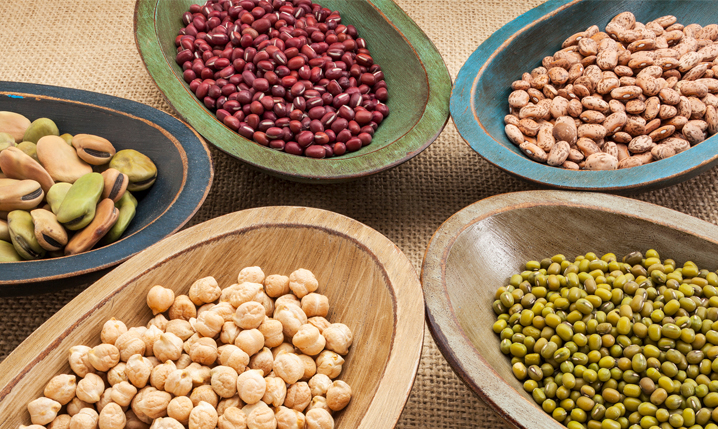 More commonly known as red mung beans, Adzuki beans are small beans popular throughout East Asia and beyond. They are usually red, but farmers also cultivate white, black, and speckled adzuki beans. In this article, we’ll look at some of the best adzuki bean substitute options.

Adzuki beans are popular in Japan, China, Nepal, Vietnam, and other Asian countries. Their mild flavor and versatile texture mean that these beans are used in many different dishes.

When boiled with sugar, adzuki beans create red bean paste, a popular dessert ingredient in China and Japan. They can also serve as the base for savory dishes such as bean bowls and stews.

Adzuki beans are delicious and versatile, but they can be difficult to find in the United States outside of specialty grocery stores.

If you want to make a recipe with this particular bean but cannot find it as an ingredient, here are a few substitutes that you can use.

Kidney beans, named for their distinctive kidney shape, are a good basis for any savory bean dish, including ones that originally call for adzuki beans. If you choose red kidney beans, you can even have a dish that is the same color as if you used adzuki beans.

Red beans also have a soft, buttery texture. They are a bit more intense in flavor than adzuki beans but still mild and sweet. However, unlike adzuki beans, red beans cannot form a sweet paste, so you can only use them as a substitute in savory recipes.

Black beans are recognizable due to their distinct appearance. These small, round beans are such a dark navy blue that they appear almost black. Like adzuki beans, they have a mild, almost sweet flavor, which is why they are a staple in many Latin American cuisines. In addition, they absorb surrounding flavors well, which makes them an excellent addition to soups and stews.

However, black beans are high in sugar, making them a harmful ingredient for diabetics or other people watching their sugar levels. They also do not work as a substitute for adzuki beans in sweet recipes.

Pinto beans are a brown, speckled variety of bean popular in North and Central America. Pinto beans are popular because they cook down far more quickly than other beans, creating a soft, almost paste-like texture. Their mild flavor also mimics the taste of adzuki beans.

Pinto beans are not a perfect substitute for adzuki beans because they are very different colors. Their flavor is also slightly nuttier. As with most other beans on this list, pinto beans do not work in sweet recipes like adzuki beans do.

Black sesame is a type of seed that comes from the sesame plant. It has many health benefits, such as improving blood pressure and heart health. In addition, black sesame seeds are used in many ways in Asian cooking, including as a topping for sushi.

Chestnuts are sweet, fleshy nuts that are common throughout Europe and Asia. As with any other nut, they can be roasted. Roasted chestnuts can also be ground up into a sweet paste.

In many East Asian desserts, a chestnut paste is added to adzuki bean paste to create a sweet filling for buns and other sweets. As such, you can use the chestnut paste on its own if you are struggling to find adzuki or mung beans. However, you cannot replace adzuki beans with chestnuts in savory dishes like bean soups and stews.

Adzuki Beans are a crucial ingredient in many popular recipes and dishes. If you need a substitute for adzuki beans then this article should give you plenty of suitable alternatives for any recipe or situation. Give one of them a go and see how easy it is to find a replacement!