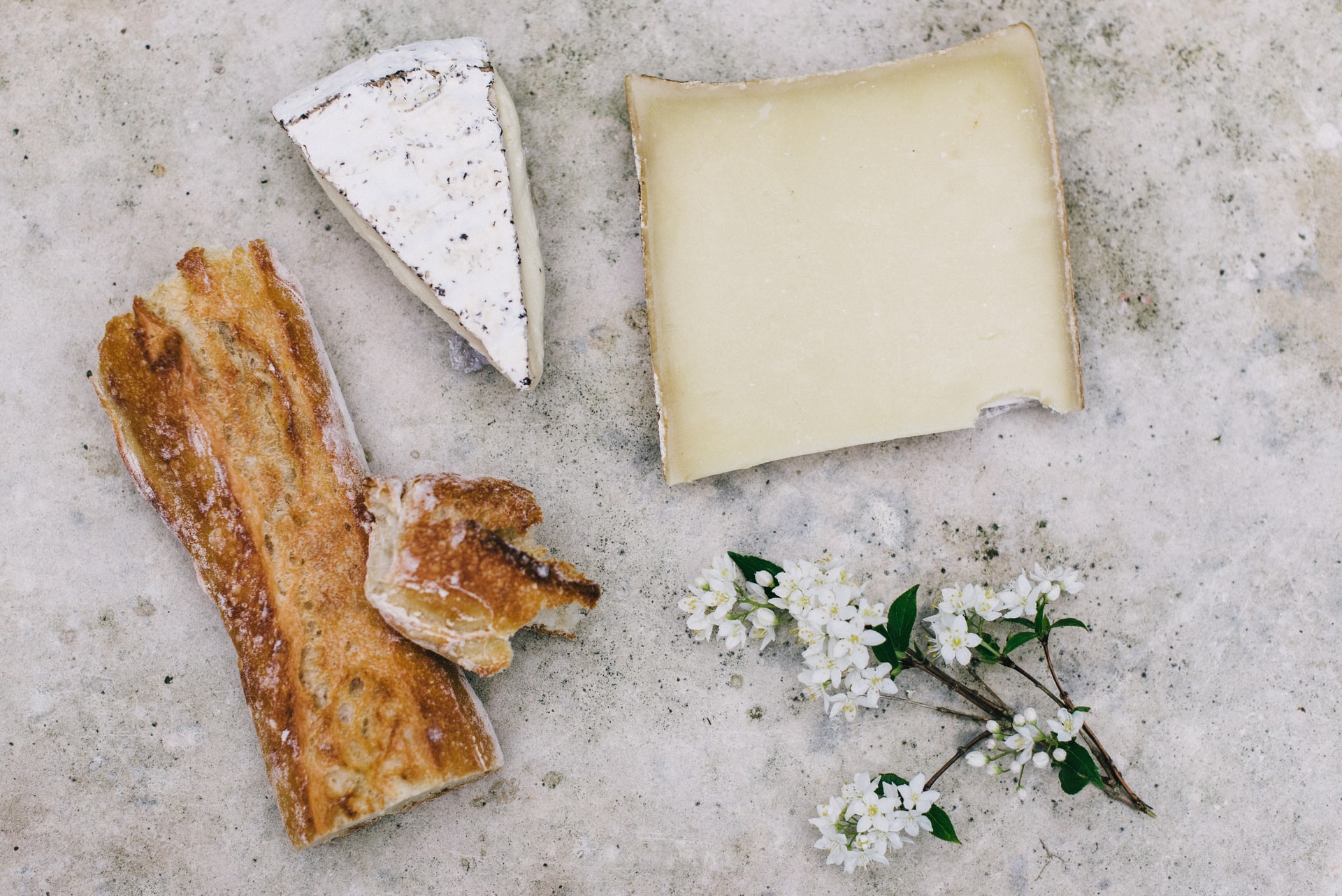 Taleggio cheese was named after Val Taleggio, a valley in Lombardy, Italy. Records show that this cheese has been around since the 1200s. This flavorful cheese is made from the curds of cow milk with a maturation period taking about six to ten weeks.

It is a semi-soft cheese with a washed rind. This Italian cheese has distinctive flavors and pungent odors due to the peculiar ripening process. Taleggio cheese is smear-ripened with solutions of numerous microbes that influence its intense flavors as the cheese matures. This process gives the cheese its distinctive orange or pinkish coloration on the rind.

Taleggio cheese has a mild fruity flavor with a slight tanginess. The texture on the inside is creamy and smooth despite its firm exterior. It can be eaten grated with salads or melted in the risotto, but it is more common on cheese platters, pairing its salty flavor with sweet fresh fruit.

This cheese is not commonly produced like most mainstream cheeses and is, therefore, hard to get your hands on. But if you’re searching for great substitutes for Taleggio cheese, read on. This article highlights 4 Taleggio cheese substitutes that would be amazing for your recipe.

Brie was named after the French region where it originated from. It is a soft cow milk cheese like Taleggio cheese. Covered in an edible rind of white mold, brie is pale in color with a grayish tinge. Brie is a curd cheese produced from whole or semi-skimmed cow milk. It is soft-ripened and takes about five to six weeks for the cheese to fully mature. The maturation contributes to the cheese’s potent flavors.

Because it is a soft cheese, it is susceptible to the widespread growth of bacteria if not stored properly. Like Taleggio cheese, brie is strong-smelling and made from cow’s milk. It is soft and creamy, so it spreads well. The two kinds of cheese taste similar and can be easily substituted for each other. Brie is slightly cheaper than Taleggio cheese but more available to purchase.

Gruyere cheese is named after the town of Gruyeres in Fribourg, Switzerland. It is a hard Swiss cheese with a slightly salty but sweet flavor, unlike Taleggio cheese. There are fruity hints in the flavor of Gruyere, making it similar to Taleggio. This Alpine cheese has an aging period of about 5 to 12 months before it matures. The flavor becomes more complex and earthy with age.

This hard cheese is similar to Taleggio as they are both derived from cow’s milk. Gruyere is a hard cheese and has a creamy and nutty flavor when young. It attains a grainy texture as small cracks appear as it ages. The flavor of Gruyere is distinctive yet, not overpowering, making it one of the finest cheeses for baking. It melts beautifully like Taleggio and can make a terrific substitute in meals. Apart from being a great baking ingredient, Gruyere is a wonderful table cheese. It’s also fantastic as a grated topping for pasta and pizzas and can be eaten alone paired with wine.

Fontina is a semi-soft cheese with its origin in Italy, just like Taleggio. It is a cow milk cheese with a semi-soft texture and mild flavors. The flavors of this cheese are distinct, with nutty and creamy flavors yet savory undertones. Despite its pale interiors, it has an orange-colored rind due to aging and ripening. The body of fontina is riddled with small holes called eyes. Fontina ages for about three months before it is considered mature.

This cheese substitutes well for Taleggio as they both have pungent aromas and big earthy flavors. They both have washed- rind and are great melters. Fontina can substitute Taleggio in recipes like fondue, risotto, pizza, etc.

Robiola is another Italian cheese with close similarities to Taleggio. It is made from cow’s, goat’s, and sheep’s milk in varying ratios. Aging time takes between zero to twenty days. This cheese has a thin, soft edible rind and is soft-ripened.

This cheese doesn’t have as much earthy flavor as Taleggio but has a mild sour distinct flavor. It is usually served as a table cheese but can be used in risotto and last recipes. Robiola is soft and spreads well, so it can be used on bread and crackers. It is an excellent substitute for Taleggio if you’re looking for a mild but tangy cheese.

Taleggio cheese is not always readily available, but the alternatives listed above are an excellent replacement for it when needed. They have similar textures and flavors and will ensure your recipe tastes delicious.