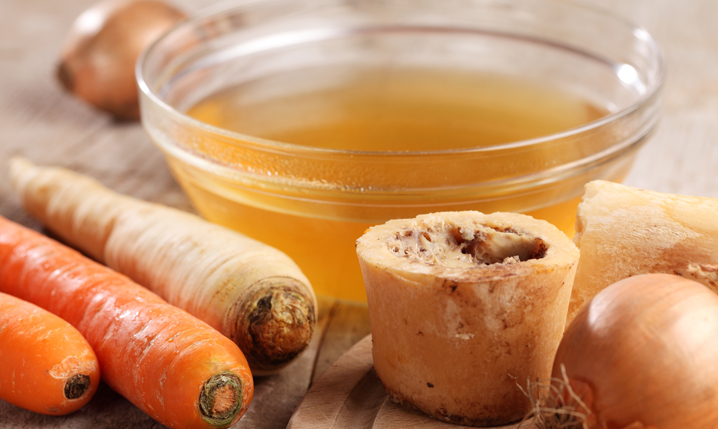 What are the differences between beef consomme and beef broth? In this article, we’ll explore what you need to know about the two.

Beef consomme is a clarified version of beef broth that has been purified. Beef broth is a beef liquid that is simmered for several hours.

What’s The Difference Between Beef Consommé and Beef Broth?

There are some important differences between these two but the best way to explain them is to first help you understand what each of them is and is not.

What Is Beef Consommé?

Beef Consommé is a clarified beef brother that is gently boiled with egg whites and a mixture of other ingredients for flavor. These additional ingredients often include onions and can include other vegetables such as celery, parsley, carrots, and more. After many hours of gentle simmering, the liquid is then strained through muslin or cheesecloth to leave only the purified liquid. It is then served as is.

The base liquid for both consomme and broth is made by simmering chunks of beef such as bone marrow, shank, and shin in water. These cuts of meat are rich in flavor and take long cooking times to reduce into a broth.

What Is Beef Broth?

Beef Broth is similar to consomme, but with fewer steps involved and usually fewer ingredients. Traditional beef broth is made with chunks of beef that are simmered in water for up to 24 hours. In more recent times people now include the addition of ingredients such as onions, celery, pepper, and more. This is then used as a stock for foods such as stew.

Consommé originates from humble and versatile beef broth, they are similar but also different as we’ve explored.

Consommé is thicker and darker and is often served as its own dish, while Broth is less concentrated, lighter in appearance, and is used as an ingredient in other dishes such as soup and stew.

You should now know the differences between beef consommé and beef broth. What sets them apart isn’t always obvious but once you know the key points it’s easy to remember.